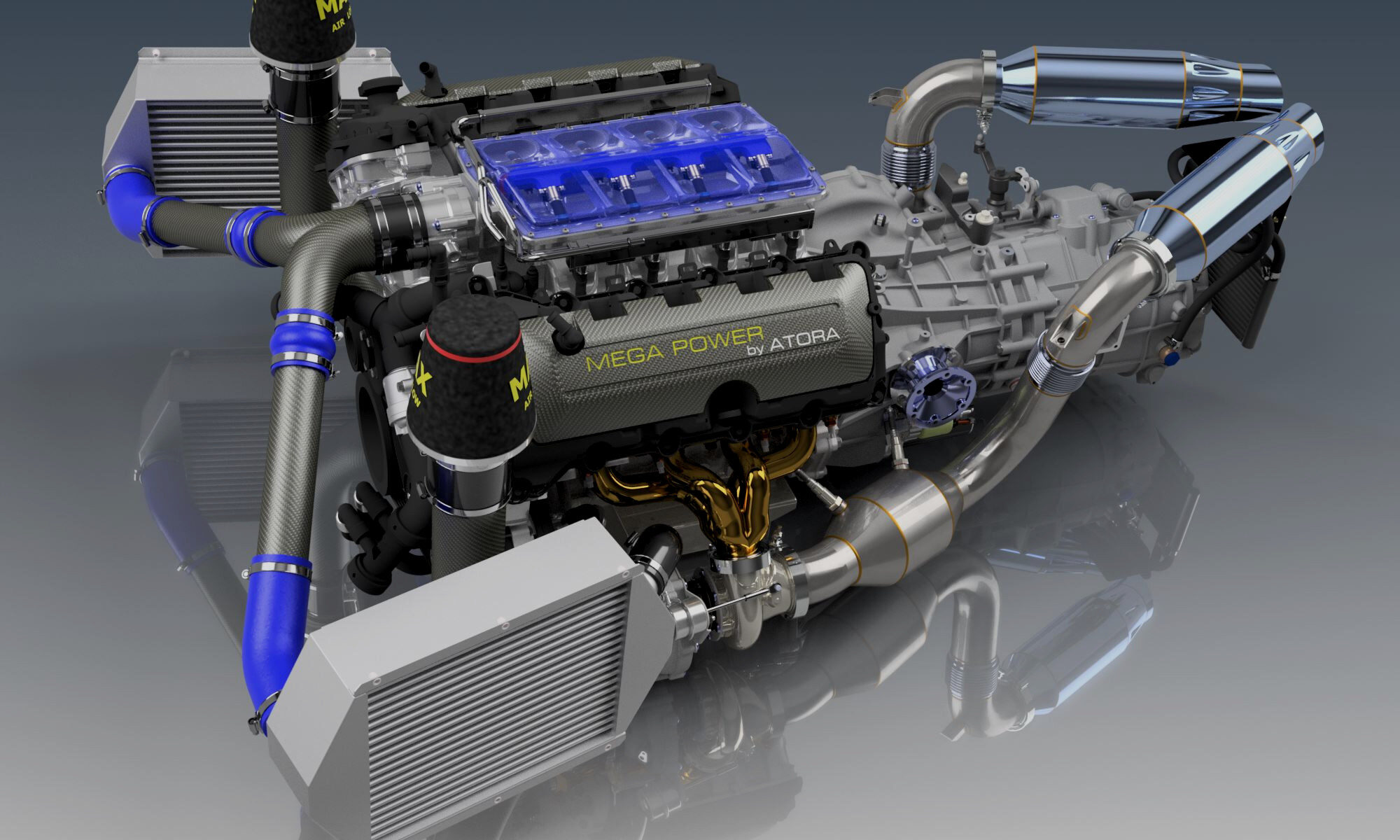 The base engine is the Ford Coyote/ Aluminator with Atora bespoke updates and modifications.

The best open secret for turbo engines- an intake that is tuned to reduce volumetric efficiency!

In a turbo engine the intake temperature is your enemy for high power outputs and everything needs to be made to reduce it. Good turbocharger matching, efficient intercooler, fuel with high heat of vaporization but also a good intake design is vital to reduce the charge temperature. By having the correct intake length, an expansion wave is timed at the intake valve closing. That is the opposite compared to a NA engine where a compression wave is preferred.

The end result is an engine that can deliver more power and has a safer margin to engine knocking. This has been utilized some time now but even today it is not a common knowledge!

Atora takes this feature one step ahead with the triple injector setup. The shower injector is used to altering the intake temperature and therefore the wave dynamics. This widens the operating range where the expansion wave dynamics can be used.

The intake manifold volume is minimized to reduce the pumping losses and improve fuel efficiency at low load. One cool feature on the Atora engine is the backlit clear manifold lid with visible fuel rail and intake details.

The extra vibration from the flatplane crankshaft is minimized by appropriate design of connecting rods and pistons. The result is smooth running and a direct sensation due to the fully stressed engine.

Maybe the most critical engine component to get right due to the extreme working conditions in any high performance engine. The Atora pistons starts with an advanced forging that is chosen to work with the right underside 3D milling and oil jet cooling. The piston top gets a thermal barrier coating to handle the extreme temperatures. The ring land with its accumulator grooves is electroless nickel plated and the skirt is coated with a dry-film lubrication. The result is a super strong and lightweight piston with the needed durability.

The lightweight connecting rod design starts with topology optimization to get the right material distribution for maximum strength and durability. With the flatplane crankshaft it is vital to reduce the oscillating weight and extensive FEA is used to finalize an optimized design for Atora.